Stewardship, Generosity, and Storytelling: A path to greater generosity 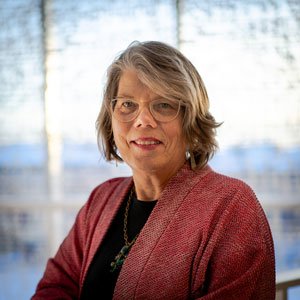 Catherine Reid Day is founder of Storyslices LLC, a story-based creative agency working at the intersection of story and purpose. Storyslices assists people and businesses grow into the future they want.

Catherine’s current work builds on her executive experiences in higher education, television, and radio. As Senior VP at PRI she developed distinctive public radio programs including ‘Marketplace’ and ‘The World.’ She served as a Vice President for Macalester and Carleton Colleges as well as the Minnesota Children’s Museum and as Executive Director of Minnesota Campus Compact.

Her work as a producer has won acclaim including a Telly Award for best use of music and a Peabody nomination for the PBS show ‘Mental Engineering’ which she co-produced and distributed to 150 PBS stations.

She is a sought-after speaker and teacher. A trained Adlerian psychologist, her research has been published in Journal of Individual Psychology. She’s published both poetry and commentaries. She’s also the creator and host of the Augsburg University Podcast.

A community organizer at heart, Catherine serves as co-founder and board chair of Saint Paul’s Creative Enterprise Zone a community-based nonprofit and district working to advance creative and cultural economic development. An AP Certified EcoDistrict practitioner she also serves on the board of  Minneapolis/St.Paul’s Towerside Innovation District. In 2018 she was appointed by Saint Paul’s Mayor Carter to the city’s Business Review Council.